Welcome from the Chair of Governors

As school Governors we provide strategic leadership and accountability at Newdigate Infant School. We appoint the head teacher and are involved in the appointment of other members of staff. As Governors we hold the main responsibility for finance, and together with the Headteacher we make the tough decisions about balancing resources, but our overriding responsibility is to make sure that all the children that come to Newdigate Infant School get the best possible start in life. As a small infant school we can focus on the needs of each individual child.

As Chair of Governors I am ably supported by a dedicated and committed group of people who all volunteer their time and expertise to ensure that the school makes continuous improvements to the education and wellbeing of the children. Newdigate Governors take an active interest in school life and many are parents of current or former pupils at the school.

As a Church of England school our ethos is based on Christian teachings and we welcome families of all faiths and none. We have strong links with the Church and our local community as well as the wider community. We are actively involved in collaborating with and supporting other schools in our community through the Dorking Schools Partnership. We look forward to welcoming you and your children to our wonderful school.

Alok Agarwal (Chair of Governors) "I've now been involved with the school for more than 10 years, many of them as a Governor.  My son went to Newdigate School and it has given him a real love of learning and doing his best.  I want to ensure all children that come to Newdigate School are able to develop the same strong foundations in a nurturing environment based on a Christian ethos.

I've lived in Newdigate for around 18 years and have more than 30 years experience in IT consultancy and running a small business."

Simon Lees  (Vice Chair) "In 2008 the first of my 2 children started his voyage in education with Mrs Priestley in Reception at Newdigate.  Not long afterwards I was appointed to the governing body as a parent governor.  I joined and have  remained on the finance and staffing committee ever since.  I chaired the finance and staffing committee for 4 years.  In 2013,  I became a Steere and Booth foundation governor and vice chair of the governing body.

Throughout my time as a governor I have seen and been part of many positive changes, including the selection of our Head Teacher, Mrs Bliss. Throughout all the change and challenge my focus has been the provision of a wonderful infant school at the centre of our village.

Now my children have grown up and have moved on, I still really enjoy putting back something into our community by being a governor, and look forward to the future."

Lucy Hanna - I live in Newdigate and both of my children attended Newdigate Pre-School and Infant School between 2010 and 2016. I was appointed as a parent governor in February 2014 and recently re-appointed in 2018.  I qualified as a Chartered Accountant after gaining a degree in economics at Warwick University, and since joining the governing body I have been a member of the finance and staffing committee, which I have chaired since 2014.  I have also been a trustee at Newdigate Pre-School for the past eight years, resigning as Treasurer in October 2018 after six years in the role. Newdigate Infant School provided a fantastic start for my children and I enjoy using my financial skills to support the school and give something back to our local community.  Serving as a governor can be challenging at times due to the constant changes and financial pressures within education, however it is also very rewarding.  I feel privileged to serve with such a committed group of staff and governors, all striving to do the very best we can for every child and to ensure that our school remains at the heart of our community so local children can continue to benefit from a great start in their early years of education for many years to come.

Jacqueline Bennet -  I was appointed as a Foundation Governor by the PCC of St Peter's Newdigate in November 2016.  This is my second term as a Governor having previously been a member of the Governing Body at Newdigate for 10 years between 2001 and 2011, and Chair of Governors for five of those years.  I qualifed as a Chartered Accountant after gaining a maths degree at Durham University but haven't worked since having my three children, all of whom attended Newdigate Infant School before going on to the Weald and Regiate Grammar.  I wanted to get involved again with the school as I strongly believe that it is a central and vital part of our village community of which I am a keen supporter having lived in Newdigate for the past 22 years.  Newdigate Infant School provided a fantastic start for our children and I look to use my previous experience as a Governor as well as my accountancy skills to ensure that the same opportunity is available for local children now and in the future.

Elizabeth Baldwin -  I serve as a parent governor since my appointment between lockdowns in November 2020. My oldest is in Year 1 and my twins are at the Preschool. Originally from the suburbs of Washington, D.C., I bring a different cultural and educational perspective to the role. I have a varied professional background, having worked as a commercial litigator with an international law firm and as a broadcast journalist with an NBC affiliate in Florida before moving to England after marrying a Brit. I hold a Bachelors of Arts degree in English and Government from the College of William and Mary, a Juris Doctor from Wake Forest University School of Law, and a Masters of Arts degree in Journalism from the University of Missouri. It is a privilege to support the school in providing a quality foundation for the learning and achievements of all the children.

Jacqui Hiscocks - I have lived in Newdigate for very many years.  My three children and, more recently, my granddaughter all attended the school which plays such an integral part of our village.  I have recently joined the Governors' team and bring my experience both as class and special needs teacher to the role.

Reverend Andrew Coe - I have been a Foundation Governor since September 2002 when I was appointed as Rector of St Peters Church Newdigate.  Previously I had served as a school Governor at two schools in the West Midlands.  I have a Degree in Theology from the University of Nottingham and trained for Church of England ministry at St John's College Nottingham.  I have been an ordained Church of England Minister since 1986, serving in Parishes in the West Midlands, Birmingham City Centre and Sandwell, before moving to Newdigate and the Surrey Weald Team 15 years ago.  I bring knowledge of RE, spirituality, worship, prayer and school and church community links.  It's a real privilege to be involved in the Governing Body and to help to support the school.  The links between Newdigate Church and School are very important, and I value the opportunity to enhance and strengthen them.

Michael Sturges - I was appointed in the role of parent governor in early 2016.  At the time, my son was in Year 1 having joined Newdigate C of E from the pre-school.  He has thoroughly enjoyed his experience at Newdigate and I have seen him develop and grow in confidence and ability.  It is great to be able to give something back to the school and as a parent as well as a governor it is sometimes possible to bring a different perspective to the discussion.  It has also been an eye-opening experience to see at first hand the dedication and commitment of the school staff who continually strive for best standards whilst putting the children at the heart of every decision.

In God's hands we learn and grow 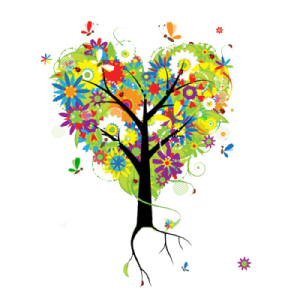 Proudly designed and built by Footsqueek